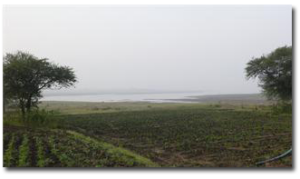 Bevinkoppa is a small calm village near the backwaters of the Malaprabha Reservoir falling in the taluka of Bailhongal and under Belgaum district. The ashram named ANANDASHRAM was raised here by Swami Vijayananda gradually as everything kept falling into place with the blessings of Gurudev Bhagwan Nityananda and many other blessed evolved beings.

Bevinkoppa was never a self-chosen place by Swamiji. He had come to this place during his wandering days after living and serving many divine souls in places around Bailhongal. (read details) 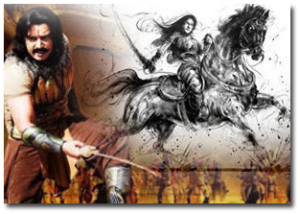 This is the ancestral place of Sangolli Rayanna, one of India’s first freedom-fighters, was a soldier in the army of Rani Chennamma, who had her fortress in Kittur, about 5 kms from Belgaum. He had built his army from the masses of this area. The brave Rani Channama was later captured by Britishers and held her captive in Bailhongal Fort, where she continued reading spiritual texts and doing puja till her last. Sangolli Rayanna was later hanged a little away from here. The lead film star Darshan of the Kannada film who played the role of Sangoli Rayanna in the epic was a huge hit and he attributed it all to Bhagwan Nityananda’s blessings, and he visited the ashram both before the making of the film and after it’s success. 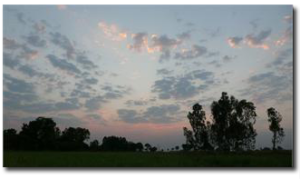 This land has also seen the presence of many spiritual adepts and has links with Sumedha Muni, to whom Lord Dattatray narrated the Tripura Rahasya. The samadhi of Sumedha Muni is said to be in this vicinity, near the ancient Mallikarjun Temple. Also, it is the place of Lord Parushram and his mother Renuka Devi stayed just a few kilometers from here in a place called Saundatti, which is today a very sacred pilgrimage place of Shakti.

Since the main occupation of Bevinkoppa is agriculture, vast farm lands can be seen, along the simplicity of the famers and their natural living. The crops grown mainly are cotton groundnut, corn, jowar, wheat, maize, and sugarcane. Localites visit the ashram and many look upon Bhagwan Nityananda as their God, thus He is allowed freely to be worshipped by villagers according to their religious sentiments and tradition.

The early morning sunrise and the late evening sunset add to the mystical glory of this place. What makes this place an ideal place for sadhana and retreat is the natural spiritual vibes that enhances in the spiritual unision and the powerful underground created cave. (read more on the ashram)

The region, particularly Belgaum, is endowed with a refreshing climate throughout the year and the atmosphere is ideal for retreat and reflection. Here, you can be one with the soil, one with the unpolluted air, the natural waters, the beautiful weather and the spiritual vibes emanating from this divine place. 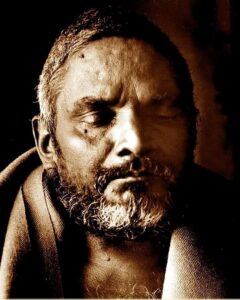 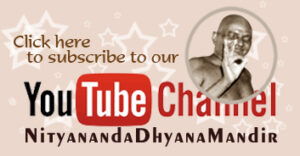