Being born in a Nair family from Kerala, khanjangad at 1939 was born . He was named as Ravindaran Nair. His family members at Khanjangad were the devotee of Bhagwan nithyanand. At the age of 18 being suffered by poverty young boy Ravindran Nair left his family and home and wandered through out along with the sadhus. He had visited Ganeshpuri, Mumbai, Gujarat, Uttara pradesh, Bihar, Hrishikesh, Haridwar, Tirupati, Tamilnadu, Karnataka. In 1980 he had been to Rama Janmabhoomi and became an Ashramvasi there the Guru of Rama mandir – Vaishnavi sampradayas Peetadipathi Pujya Niharidas Sadadan Digambar Akada gave him Sanyasa Deeksha and the” Rama nama Japa”. For around 20 years Rameshwara Maharaj did his guru seva and Rama japa peacefully and lived there.

After the communal issues arose in ayodhya saying Rama janma bhoomi, Babari masjid, he had to leave the place and move out. As the there was communal fights going on there.

Along with Rameshwara Maharaj his guru also were made to move, from there they went to Ganeshpuri, at nimboli near Anusuya kunda, in a small mandir of Hanuman they lived. Till 2005 they lived peacefully later Rameshwara Maharaj Guru took his samadhi there, After which he moved to kerala khanjangad ‘s Nithyananda ashram where he got a watchman job for which was being payed 100 rupees per day . There he worked for 2 years and started to wander. After which he went to Thiruvananthapuram, a place called Aravipura where three rivers join, in the caves of dence forest over there, where during day times wild animals like tigers, bears, snakes roamed around, to reach the caves he had to climb 2,000 steps. It was the cave place where Brahma Rushi Narayana Guru swami had done his penance. Many a times he had been visited to that place. Rameshwara Maharaj had been visited to almost all the ashrams of Bharath varsha. Now at the age of 81 when his body has turned weak, when i asked him who will take care of you and protect?. Which ever ashram, Matta, mandir was being visited would not allow to stay back for more than Three days.

When i asked him regarding the ashram he says that ” this Nithyananda ashram is heaven. As the every body in the ashram are so loving and caring for the elders to children in the ashram, the seva bhava which the children carry here is indeed wonderful. Here i was loved as a sanyasi where as in any other place i go i was treated like a beggar and was given 20 to 30 rupees and was asked to leave from the ashram. The people neither bothered to talk to me and neglected me, as now a days where ever you see and whom ever you see them wearing Khavi sue to which Kavi has lost respect. Earlier days kavi was being worn by only those who took Sanyasa Deeksha from their Guru. But here I was being respected for my ” Kavi ” and the real Kavi dhari’s are treated as beggars. People only see big big Matadipathis as kavi dharis . The swami of this ashram is a real sanyasi who believes in surrenderence no matter what the age is, whether is a small aged or older aged. He treated me with great respect and took care of all my needs. Even though this is a small ashram where no donations are being taken and money is being fixed for Deeksha incase if this ashram would also have lavish money flowing around i would have definitely got a chance to stay back here and served as the swami of this ashram himself had told but still he is being making for the arrangements for my travel to kerala ashram at khanjangad . I have been visited this ashram more than three times i was treated in a same way with love and affection. The hospitality here is great from kitchen to the members of the Arogya Dham at Bevinakoppa. I have never seen a ashram like this before as all are seen in same way with love, affection and equality. In kerala, kumble Nithyananda Ashram was being made by Bieranna to whom Bhagwan Nithyananda had given 200 rupees and had asked him to build an ashram which would give shelter for those sanyasi ‘s, and sadhus who went from Kashi to Kanyakumari wandering.

I have visited all ashrams in India like in Shivagiri’s Narayana Guru’s ashram where there is Narayan Guru Swami’s. ‘ Narayana Guru Kulam ‘ which is very good as there is no discrimination regarding caste creed and color and there all facilities are being provided but there we could stay only for a day. As an incident had taken place over there where a sanyasi had stayed back for Three days and while leaving he had locked the ashram room and had taken the key along with him. On his way he met with an accident and died from his dead body the police got the key of the ashram which was of the Narayana guru ashram, the police had a Dought that it could be a murder later after investigation they declared saying that it was an accident. Hence any sadhus or sanyasi are allowed to stay only for a day.

When I asked him what is your opinion regarding the slogan’s like ” Hindu rashtra” and” Jai Sri Rama”.

He giving ma a laugh of a Thathva Gyani and said that there are many Mathadipathi for different jathi and mattas which make discriminations. As many leads to division and there will be no unity. To be a hindu rashtra, there should not be many but only one and which should not show any kind of discrimination. As in there are 84 lakhs of mantras and not just Rama mantra. Brahma Rushi shri Narayana Guru preached ” Onede Jathi, Onede matha, Onede Dharma” a wonderful thathva But has is it become one, is it possible to become one?, if yes then when will it be become one ?

Earlier days Sanyasi’s Rushi’s, Yogis, used to give Marga Darshan to the kings but now the sanyasi’s have turned to be Raja Bhogi ‘s like MP, MLA ‘ s and Minister ‘s. He also continued saying that now a days on the name of Matta’ s, Temples, the Hindus are turning poor and unemployed. For the sanyasi who keep wandering there should be proper sheltering ashrams. Hindu generationed male and females should have proper sheltering Mandir’s, the hindus should get proper employment and also benifits like loans for business. Just by saying Rama Mantra for Athma Darshan which by saying and doing constant Japa we can get Rama sakshathkara with in us and not by doing a mandir .

In North the south Indians are degraded form they are called as ” Madarasi” and ” Rakshasa” as their staple food rice of South Indians is called as “Rakshasa Food” so when there is so much of discrimination between North South how can all become one. Most of the Matadipathis have caught hold on every single matta but all should get together and become one and The discrimination should be removed. ” which is true.

Even though Rameshwara Maharaj had studied 9th class he is a Gyani. He was suffering from skin problems as due to the wandering all around. When he visited our Nithyananda Dhyana mandir we took care of him and got him treated in our Nithyananda Arogya Dhama where he got his treatment like Abhyangana, oil massage and other medications where being done free . He does have an adhar card on the khanjangad address but what is the use . Hearing to this rama bhaktha ‘s life story Pujya Vijayanand swami of Bevinakoppa asked this question – what is Point by holding an adhar card where as what is needed now to him is “Adhara” and “Ashraya ” and who would give him this ?. that was asked by People like him need proper shelter, money and support, and who is ready to give all this to him?.

A man who lived his life though out sacrificing and chanting the Rama mantra and spent his time in Ayodhya along with other people and now when a Rama sevak like Rameshwara Maharaj and many other sadhus and sanyasi who in lakhs of numbers, are in trouble and are living in India……

Now here in Nithyananda Dhyana mandir at Bevinakoppa we are being making proper arrangements to send him back to Kerala safely. we could just ask him to stay here in the ashram just for three days and leave. But it is not possible in as in the sight of humanity. As this is Avadhootha Bhagwan Nithyananda ‘s residing place where there is no discrimination regarding caste, Creed, rich, poor, Mattadhipati, sadu, santh’ s are all being respected and taken care as this is the Bhagwan Nithyananda’s Ajathavada Thava. This Rama Bhaktha Rameshwara Maharaj even though through out his life kept chanting rama mantra, his japa was heard by Bhagwan Nithyananda as rama is none other than Bhagwan Nithyananda. Rameshwara Maharaj was born in khanjangad the place of Bhagwan nithyanand , after which by the grace of Bhagwan nithyanand he got Sanyasa deeksha and when he was thrown out along with his Guru. Bhagwan Nithyananda again came to his rescue Rameshwara Maharaj and his guru had got shelter in ganeshpuri near Anusuya ashram. After the samadhi of his Guru, again after which he got shelter in Nithyananda Ashram at Khanjangad where he got a job and shelter, later after few years when he grew old and and had many health issues again he was a thrown out of shelter, it was Bhagwan Nithyananda who rescued him again. He came to Nithyananda Dhyana mandir at Bevinakoppa where he was being treated freely and has regained his health back. This Shows Bhagwan Nithyananda’s Ajathavada thathva. The thathva which sees no discrimination for which all are equal and which is being sincerely followed at Bevinakoppa ashram under the guidelines of Pujya Vijayananda Swami.

The Ghoshana of ” Loka samastha sukhino bhavanthu”, this mantra should not be in just words but should be followed first and then said. 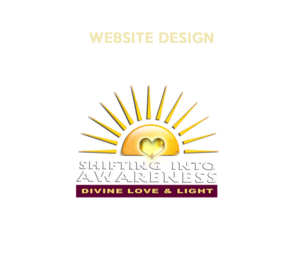